Travel with us as we grew more independent, learned more about ourselves – both as a person and as a traveler –, made mistakes and celebrated successes!

And as the world is starting to reopen, we're musing about our first time travelling "after" the pandemic and first times in travel in general. Each "first time" prompts growth, both as a person and as a traveller and you'll experience an incredible learning curve.

The first time travelling without your parents is probably also the first time you have to live on your own. For us, it was one of the biggest steps in our development. We rented an apartment on the German North Sea coast. This was a perfect choice because we were able to "play house" with rather low stakes. It was the first time we really had to go shopping and cook when we wanted food and really had to clean up afterwards. It's great to rent an apartment on your first travels without your parents to try out living on your own with low stakes!

But it was also a holiday related learning curve. We chose a place in the middle of nowhere because it was cheap – and we didn't have our driving license back then. Because the apartment was so remote, we rode everywhere with a bike. To the supermarket, the beach, the nearest town. This was a learning curve in itself (I mean who builds bicycle stands, which get flooded during high tide 😅 ?). Riding a bike everywhere was charming enough but we also "lost" a lot of time... Find out what you like and what works and what does not work for you accommodation wise and improve the next time!

So did we learn from our mistakes on our first travel abroad? No, no we certainly did not. We booked another cheap hotel in the middle of nowhere and I cannot state enough that this place has a 2.5-star rating on TripAdvisor. I mean how? So, really don't do like we did and book a place with a better location or have a mode of transport on hand.

On our first big trip, there were so many things to figure out. How much time did we want to spend on the beach? Which places did we want to explore? So many new and exciting decisions as well as finding our own holiday rhythm. We also did a guided tour around the island, which I wouldn't do anymore nowadays with more experience. But this was actually an easy and safe way to see a lot in a short time. I think it's quite important to try out many activities to find out what you like. Do you like shopping, partying, history, nature, action sports, lying on the beach or at the pool?

In hindsight, I sometimes wish we had explored more, but I actually think we did alright. We were on a budget, so we took the public bus a lot (which is always a great adventure in itself) and we also walked a lot. Know your budget and stick to it – this is important on your first trip and on every other trip as well!

This was another big step in my personal development. Yes, Philipp and I were already together at that time, but a relationship does not mean that you cannot travel solo. And I honestly would advise everyone to do it at least once, although it's kind of a cliche. I still remember how worried my parents were. Indeed, it took several solo trips for them to have confidence in me coming back alive and well. Although I had moved out from my parents' place years ago, this was another huge step towards my independence. You can travel solo although you're in a relationship! Independence is not a bad thing!

It was the first time ever I was really on my own. Although, admittedly, you're hardly ever alone as a solo traveller if you don't want to be... I rarely made as many friends in my adult life as in these couple of weeks. I went scuba diving a lot, went on trips to the desert, went on boat tours with friends I just made, to parties and so on. As a solo traveller, you learn to be open.

I must admit, at first it was odd to go to restaurants alone but after a while, it was oddly freeing. I could spend the days on my own schedule and just sit there for hours and watch the ocean. Solo travel is such a good method to find yourself independent of everybody else, maybe even reinvent yourself. I came back with much more confidence and a much better grip on what I like and what I want to do. As a solo traveller you get to know yourself – in travel and in "real" life.

Solo travel is what got me ready for our next big step: Our first backpacking trip to Thailand. Oh, we were young and naive back then. Of course, the taxi from the Bangkok airport did rip us off. We knew, but we were so tired that we didn't really bother. And we fell victim to not one but two scams – although both of them were actually rather interesting sightseeing experiences and we did not buy any tailored clothes. We were not really brave enough to go out at night other than on Khao San Road. Yes, we stayed on Khao San Road and no, I have zero regrets about that. The first couple of days, we didn't dare to eat street food because we were completely overwhelmed by the sheer selection. I long to go back and put my since then acquired experience into action. It's ok if everything does not go perfect – it's a learning experience and you'll have great stories to tell.

A mistake we made back then, and honestly still make, is planning too much ahead. We mostly have a limited amount of time when we're on holiday and we try to see as much as possible. In Thailand that meant we had pre-booked every accommodation, which made us very inflexible. It meant that we missed the famous Loi Krathong in Chiang Mai by a couple of days because we didn't do enough research and also that we were stuck for a week on Koh Lanta with rather bad weather. Don't treat your backpacking trip as a tour de force. Enjoy the backpacking experience – take back a step, relax, enjoy the moment and just go with the flow.

We're working on a secret project behind the scenes. Sign up for our newsletter to get sneak-peeks.

I love that you are encouraging people to travel solo even when in a relationship. That alone time is so important to our being the best partners that we can be. 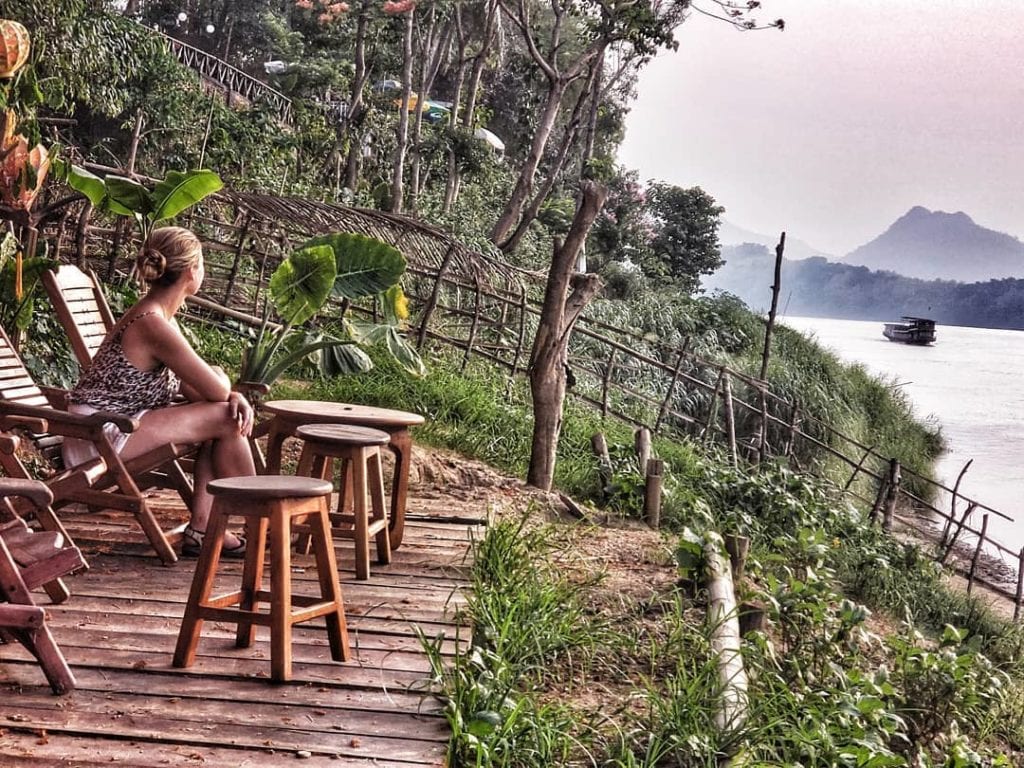 Jen Nilsson wants to share this link with you

The Lens of Jen

Traveling Alone Will Teach You to Unlearn Yourself | Lens of Jen

You learn a lot about yourself when solo traveling. I think it's more accurate to say that traveling alone will teach you to unlearn yourself.

It is so important in my opinion! I try to travel solo frequently and I'm off to my first solo trio in two years next week.

I loved this post, it made me remember some of my first times (and mistakes) in travel. It's all part of the experience! :)

Travel for a while wants to share this link with you

Balchik Palace- The Astonishing Royal Villa by the Sea in Bulgaria

A Royal Villa by the Sea? Find out about Queen Marie's love affair with Balchik, the place she built a palace in to keep her heart forever!

That's true. Travel probably wouldn't be travel without the mistakes we make!

What a fun post! I loved reading about your experiences - it just goes to show that travel is the best teacher!

Peggy Zipperer wants to share this link with you

Follow along on our travel adventures as we take sister trips domestically and internationally looking for best activities, food and shenanigans!

That's true. I really miss the new experiences at the moment...

How We Travel - Welcome to our Wales based Travel Blog

Welcome to How We Travel our Wales based travel blog where we share insights and information which we hope will help you with your travel plans.

This is such a wonderful list of firsts! Mine would be far less interesting! You were destined for Wanderlust!!!! Cocktails and Carry-Ons is a professional travel blog featuring travel tips, restaurant, bar, and hotel features as well as photography from around the world.

Now I'm curious what your first destinations were!

Great post! Made me think about my first times - nice memories :)

Elena at TravelByExample wants to share this link with you

It's nice to take a trip down memory lane these days isn't it?

Great idea for a post. My travel firsts were before we had the internet and all the other tech we have now but I don’t think I’d change it for anything - dodgy hostels included! 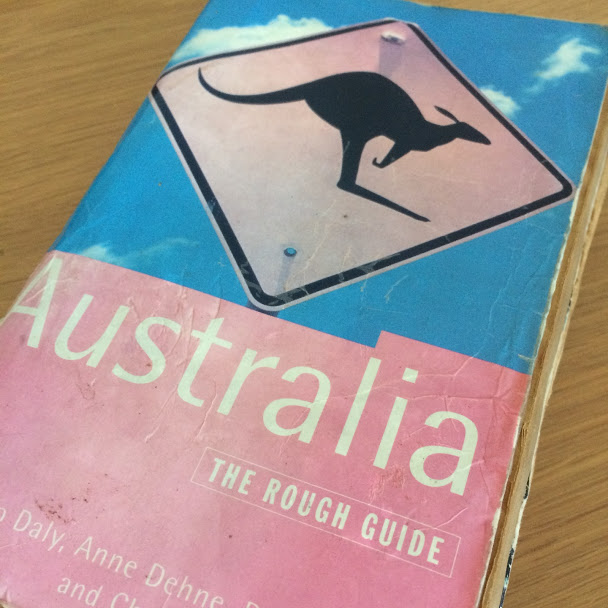 Backpacking before the internet

I know that we booked our first trips online but I don't think review platforms like tripadvisor were a thing back then, so it was kind of a blackbox...

What a cool idea for a post, Carina. Enjoyed reading about your experiences and also made me reminisce about my own firsts. Those bicycle stands though...

Thank you! I like taking a trip down memory lane these days :)

Great post Carina love that the first solo trip was to Egypt very adventurous. For me my first solo was New Zealand and it was the best thing I ever did.
I have some memories of some not so great stays as well A look at the best restaurants in Ho Chi Minh Vietnam. the food was great and always so fresh. District 1 was the go to place for many.

I participated at a reef protection project so it didn't feel super adventurous at the time. But it was a great preparation for solo trips afterwards. I'm very happy that I dared to go to Morocco for example!

Lisa at Following the Rivera

This is a good read. I also stayed at some less than great places on my first trips; now I know better lol!

Thank you :) I always hope that I know better now because I made the same mistake twice and both locations were spectacularly bad.

Hi Carina, this brings back memories of my younger days and not having a clue about traveling. Too bad we didn’t have the internet back then! I don’t think 2.5 star hotels were a big deal at that age either. Fun article!

I still wouldn't mind a 2.5 hotel on a backpacking trip but stying there for two weeks was already a horror back in the day^^

First time travelling solo to Egypt. That is brave. Mine was too Croatia and even then I was nervous. This blog confirms that travelling is a learning experience and a growing one. Good read Carina.

Thank you :) I guess solo traveling to Egypt was rather brave but it was a great preparation for the travels to come.

A lot of firsts! You always remember them. I think a good thing about these firsts are the mistakes you learn from. Thanks for sharing :)

The 5 Best Things to do in Colonsay: a small island getaway

Visit a Scottish island and experience the best things to do in Colonsay. Gorgeous beaches, a Colonsay Gin tasting, and a seafood feast at the Colonsay Pantry.

That's so true. First times are the most memorable!